The album, released through Lots of Love Records, was co-produced by Lloyd and Yocheved "Yo" Seidman, with an assist on several tracks by David Ivory (Halestorm, The Roots), and was recorded in Israel and Pennsylania. It features 11 new original songs as well as a cover of Bob Dylan's "All Along the Watchtower". You can hear the album's latest single, the heartfelt social protest anthem "America", below.

Posted by Sam Miller at 5:00 PM No comments:

Chicago folksters Rogers Park make an unexpectedly strong impression with their new video for "Ki Hinei Kachomer", the first single from their upcoming album of niggunim and Yiddish songs (currently being crowdfunded on Indiegogo).

Based on an old Chabad nigun for the Yom Kippur prayer, the surprisingly moving and creative project has an equally surprising amount of talent behind it: Matt Dougherty (Against the Current, Pop Evil) produced, renowned cellist Laura Melnicoff is featured, and group members Mordy Kurtz and Yosef Peysin directed the clip with the help of filmmaker Atara Wolf.

Posted by Sam Miller at 4:59 PM No comments:

In an apparent response to both Pentatonix and the Benny Friedman/Meir Kay collab from a few months ago, a cappella group Y-Studs have released their own "Evolution of Jewish Music" clip. The medley was arranged by Ben Bram, recorded by Mordy Weinstein, and mixed and mastered by Ed Boyer, while the clip was directed by Shlomo Weprin of Shlomotions.

Rather than focusing on individual songs and artists like the Friedman/Kay version, the Y-Studs instead stray closer to the Pentatonix version by offering a sampling of different eras, beginning in the 9th century and working their way to the 2010s.

Posted by Sam Miller at 3:01 PM No comments:

The Maccabeats release video for "This Is The New Year"

A capella stars The Maccabeats have released their latest music video, a Rosh Hashana-themed creation entitled "This Is The New Year". Arranged by Rob Dietz, the single is a cover of the eponymous song by A Great Big World, the NYC indie pop band best known for their 2013 hit "Say Something".

Avraham Fried and nephews to unite in Israel

JM veteran Avraham Fried will be joined by his nephews - who happen to include equally popular vocalists Benny Friedman, Simche Friedman, Eli Marcus, and 8th Day's Shmuel and Bentzi Marcus - at an upcoming concert.

Per Arutz Sheva, the long-awaited concert will be on October 9, during Chol Hamoed Sukkos, at the Binyanei Hauma Convention Center in Jerusalem. A7 also did a video interview with Fried about the event, which you can watch below. More info about the concert can be found here.

Singer-songwriter Elisha Birnbaum, who has made his name touring with the likes of Yonatan Razel and Hanan Ben-Ari, has finally made his debut with the single "Akavot" (Tracks). The song, an alt-rock power ballad that draws on the classic "Footprints in the Sand" parable, was produced by Eyal Mazig, who also arranged it with Birnbaum. A debut album is reportedly in the works.

Recording artist Michoel Pruzansky will be releasing his fifth album, entitled Shootin' For The Moon, on Friday, September 15. The album will be distributed by Nigun Music.

Pruzansky, a former Miami Boys Choir member, has been performing solo since 2001. His last album was 2014's Pruz Control. 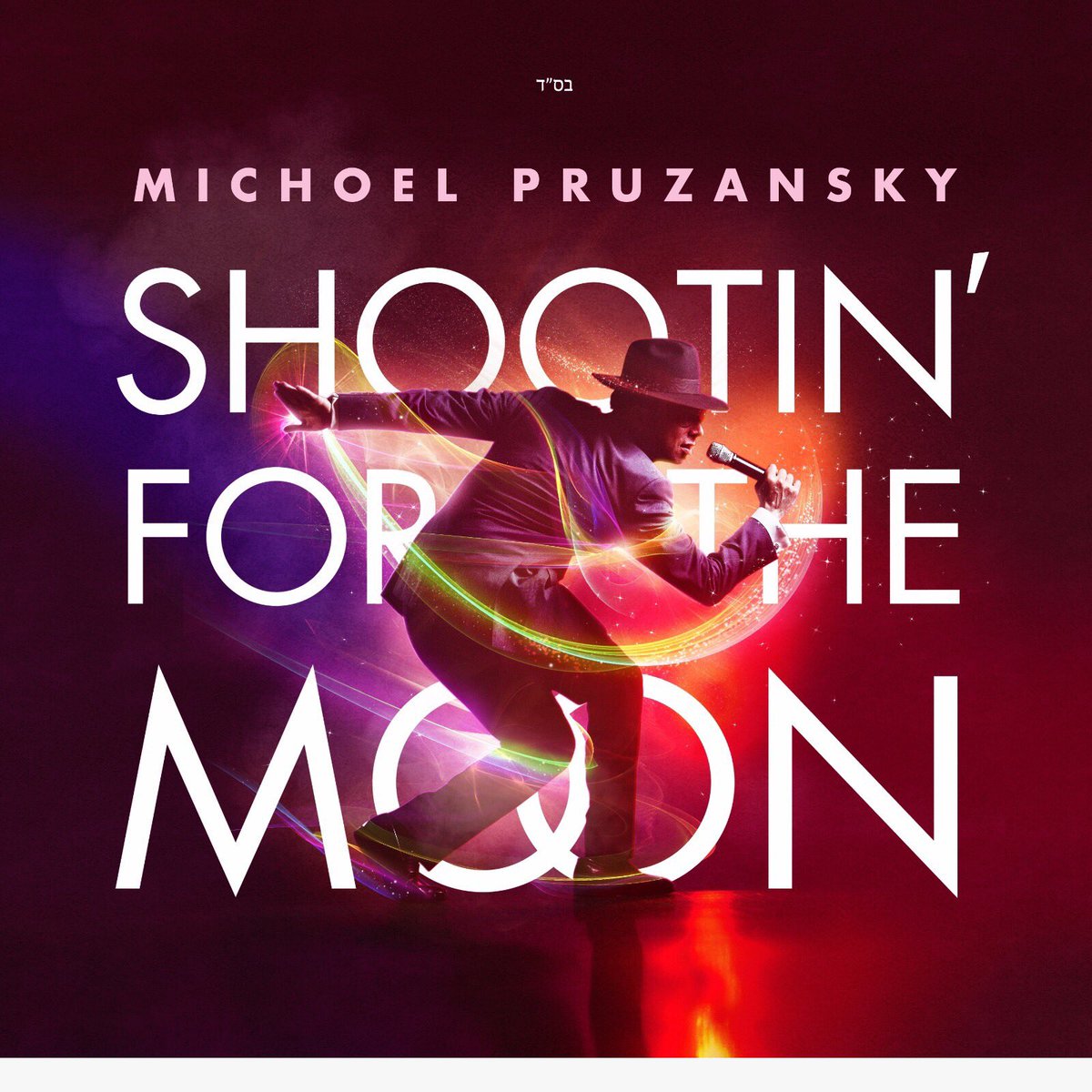 Hasidic singer Yitzchak Meir, accompanied by alt-Mizrahi artist Shai Tsabari, has released a new single entitled "Matzati Chen" (I Found Grace). The track, an emotional ballad dedicated to a friend who died in a car accident, was composed by Meir from text in Shemos, a plea from Moshe to the Almighty. It was arranged by Ohad Darshan and Aren Klein and, in a unique touch, features an Indian bansuri flute played by multi-instrumentalist Nir Motzeri.

Posted by Sam Miller at 9:35 PM No comments: 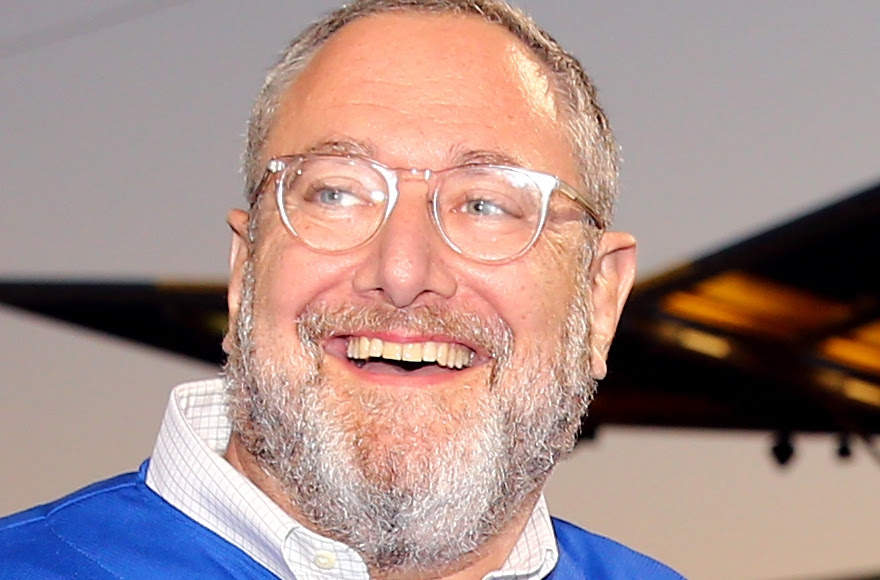 Per the JTA, the broadcast, scheduled for Wednesday, will include firsthand reports on the devastation caused by the recent Hurricane Harvey, as well as recovery efforts by the area's Jewish residents. Segal said in an official statement:

"Our brothers and sisters in Houston have gone through a terrible ordeal with so much of the community they built sitting in ruins.The goal of our trip is to highlight the community, what they’ve gone through and what lays ahead of them, sharing their stories and showing them the support from their brethren around the world...Our hope is that by being there and dedicating our shows to their stories, that listeners from all across the world will get involved with the recovery efforts."

Segal also noted that the Orthodox Union has partnered with the show to enable listeners to donate to relief efforts for Houston's Jewish community.

A thirty-plus-year veteran of radio, Segal is currently president of the Nachum Segal Network and host of its flagship show "JM in the AM", which showcases a wide variety of Jewish music. This is far from his first disaster relief project for the city; he held a similar broadcast after Houston's Memorial Day flood in 2015.
Posted by Sam Miller at 12:22 AM No comments:

Israeli singer-songwriter Ariel Zilber has released a studio clip for his new single "Refaeinu Hashem". The track was composed by Zilber and produced by Dan "Piloni" Kark, with backing from the International Yedidim Choir.

Haredi folksinger Yonatan Razel has released the new single "Aseh L'maan", off his most recent album Poteach Lev. The song, based on a selection from the Selichos prayers, was composed by Razel, who also co-produced and co-arranged with Tal Porer.

Israeli folk-pop duo Yonina have released a lyric video for their new single "Halev" (The Heart), produced by Benua Nachaisi and Tal Ronen.

You can find the album on iTunes, Spotify, and Amazon.

Matt Dubb (aka Mutti Weiss), a DJ and producer best known for his work with Lipa Schmeltzer, is now stepping in front of the mic with his video for "Sababa" (All Good), the first taste from an upcoming solo album. Dubb co-produced the track with Ruli Ezrachi and co-wrote it with Yitzy Waldner, while Miriam Israeli provided the Hebrew lyrics. The video, filmed in New York, was directed by Nathan Kay.

Posted by Sam Miller at 8:13 PM No comments:

Hasidic crooners Yoeli Klein, Suchi Goldstein, and the Malchus Choir have brought life to the new dance track "Danken" (Thank You). The track was composed by the previously-unknown Elazar Eszterson and produced and arranged by Yanky Cohen.

Posted by Sam Miller at 6:30 PM No comments:

Posted by Sam Miller at 5:00 PM No comments: